Leptospirosis: More Common Than You Think, Especially During Hurricane Season

You may have a basic understanding of Leptospirosis and know it is one of the diseases we recommend your dog is vaccinated against each year. But do you really know how important the vaccine is? Leptospirosis is on the rise, and due to its zoonotic potential (the chance for spread from animal to human), we decided to shed more light on this potentially deadly bacteria and the disease it causes.

How Is Leptospirosis Contracted?
Leptospirosis is spread via contact with infected urine. There are numerous species that can harbor leptospirosis in kidney tissue and shed it in their urine. They enter a persistent carrier state and show minimal or no signs of illness while shedding the organism for weeks, months or even years. These species include, but are not limited to, cattle, wild animals, rodents, horses and dogs. Rodents are known to have a prolonged carrier state that can last their entire lifetime. The bacteria is found in contaminated water or soil, and can survive there for weeks to months. Leptospires can enter the body through skin or mucous membranes (eyes, nose, or mouth), especially if the skin is broken from a cut or scratch. Drinking contaminated water can also cause infection, and may lead to outbreaks of the disease.

Signs of leptospirosis
The signs of leptospirosis in dogs vary. Some infected dogs do not show any signs of illness, some have a mild and transient illness and recover spontaneously (these dogs may become carriers and shed the bacteria in their urine for months to years), while others develop severe illness and death.
Signs of leptospirosis may include fever, shivering, muscle tenderness, reluctance to move, increased thirst, changes in the frequency or amount of urination, dehydration, vomiting, diarrhea, loss of appetite, lethargy, jaundice (yellowing of the skin and mucous membranes), or painful inflammation within the eyes. The disease can cause kidney failure with or without liver failure. Dogs may occasionally develop severe lung disease and have difficulty breathing. Leptospirosis can cause bleeding disorders, which can lead to blood-tinged vomit, urine, stool or saliva; nosebleeds; and pinpoint red spots (which may be visible on the gums and other mucous membranes or on light-colored skin). Affected dogs can also develop swollen legs (from fluid accumulation) or accumulate excess fluid in their chest or abdomen. 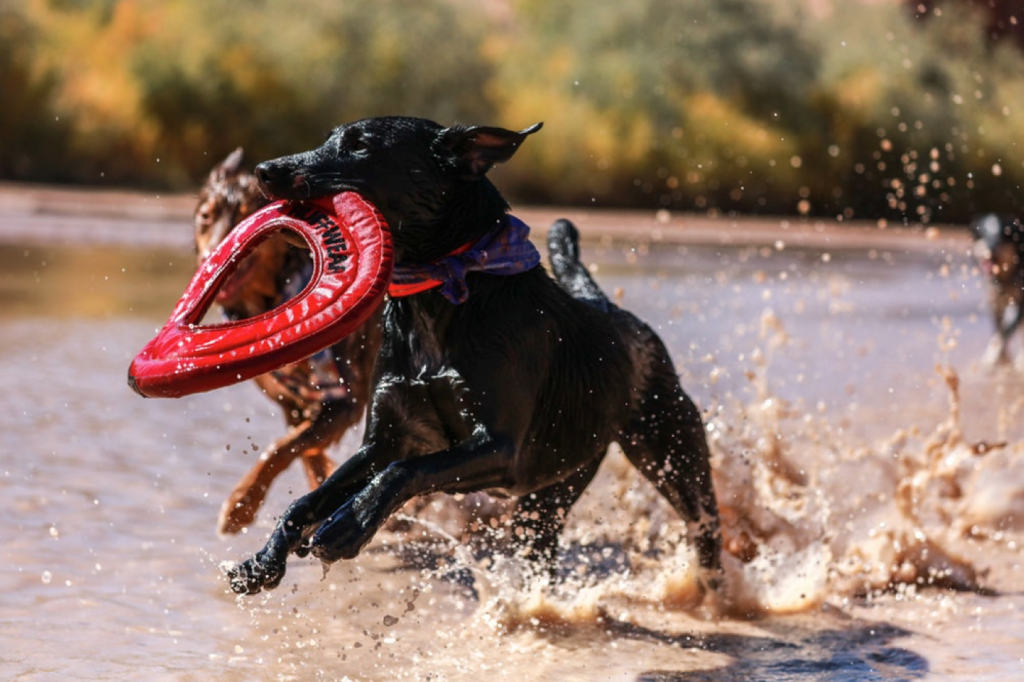 Is it possible for people to contract Leptospirosis?
Yes! Leptospirosis is a zoonotic disease, meaning transmission from animal to human is possible. However, in the United States, most cases of human leptospirosis result from recreational activities involving water. Infection resulting from contact with an infected pet is much less common, but it is possible.
Although an infected pet dog presents a low risk of infection for you and your family, there is still some risk. If your dog has been diagnosed with Leptospirosis, take the following precautions to protect yourself: 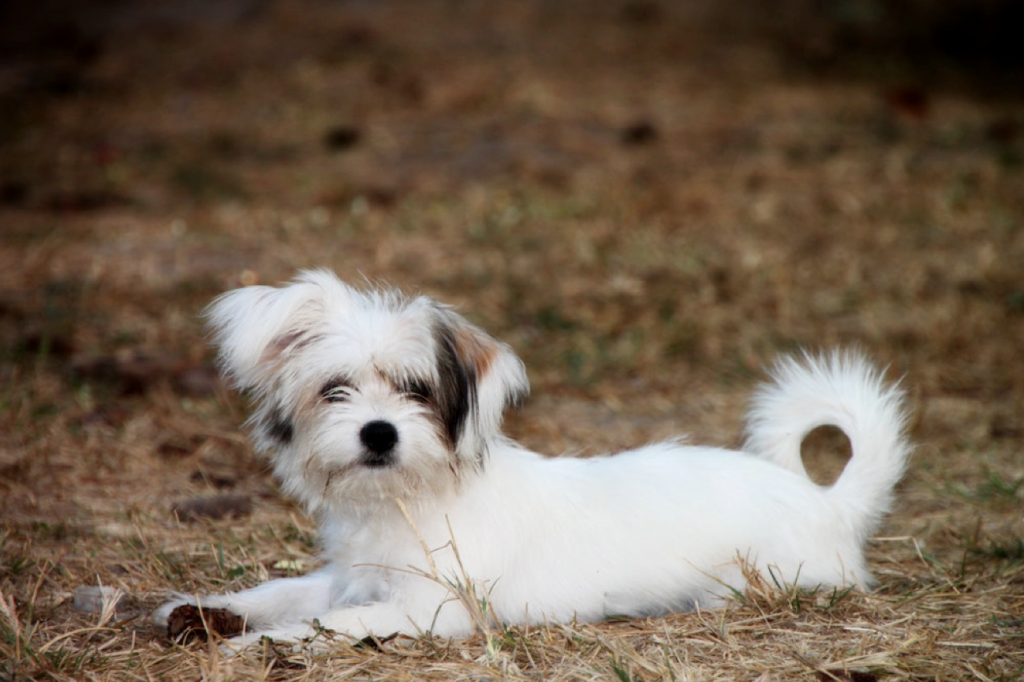 How Can You Protect Your Pet?
There is currently an annual vaccine that is very effective in prevention of Leptospirosis. It protects against the 4 serovars of Leptospirosis bacteria most likely to cause disease in dogs. We recommend vaccination for every canine patient we see at Longwood Veterinary Center, even the ones who don’t frequent ponds or spend much time outdoors. There have been documented cases of small breed dogs, who walk on pristinely manicured lawns coming into contact with this bacteria and becoming very ill. Titan is one such little dog and here is his story…

Titan came to see us at the end of August 2018 for a non-routine visit as he simply was not feeling well. He ate breakfast, but around dinner time just wasn’t himself. He was uninterested in food and possibly a little nauseous. He was walking tenderly, as if he was in pain, and would not jump up or down from the sofa. On examination Titan had a fever, increased heart rate and respiratory rate. He winced on palpation of his spine. We suspected back pain, and dispensed pain medication and recommended strict rest at home.

While under the watchful eye of his pet sitter, Titan returned the following day as he not improving. In fact, he was getting worse. Titan was a bit more comfortable on pain medication but vomited brown liquid. The doctors at LVC examined Titan again, took radiographs, ran bloodwork that all seemed fairly unremarkable. We dispensed additional medications for nausea and gave subcutaneous fluids to help maintain his hydration. He left the hospital fairly peppy and more like himself.

The following day he returned, after relapsing again. He refused to eat and walk. He was shaking and curled up in a ball. Titan stayed with us at the hospital for continued monitoring and we repeated his bloodwork. At that time, the values came back extremely abnormal, especially the liver and kidney values, which were sky high. Leptospirosis was suspected. Blood and urine samples were submitted for Leptospirosis titers (the micro agglutination test or MAT). Titan was transferred to HOPE Veterinary Specialists in Malvern for continued treatment and care. He remained there for 7 days, while receiving antibiotic therapy, intravenous fluids and supportive care to manage his pain and nausea. Low and behold, Titan’s test results were positive for Leptospirosis!

Thankfully, as his disease was detected promptly, Titan responded well to treatment and has recovered! Titan’s parents were equally thankful for the fact they had pet insurance! They simply did not have to worry about the cost of treatment and were able to provide him with the best possible care. Many dog’s exhibiting the severity of disease Titan did are not so lucky, they do not survive or are left with compromised kidney and liver disease that ultimately shortens their life.

We thank Titan’s parents for allowing us to share his story with our community. We hope his cautionary tale provides you with strong evidence to continue vaccinating your dog yearly against this potentially life threatening disease. 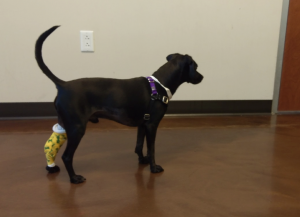 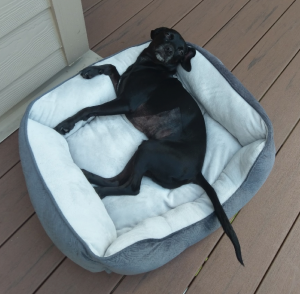 Relaxing on the Deck after Returning Home 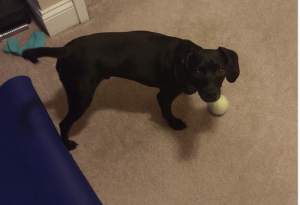 Back to Full Play Mode